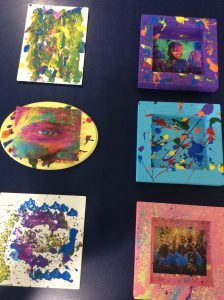 We have many widows at Jackson Manor who suffer not only the loss of their spouse, but the loss of income, the home they made together, the property they collected over time, and sometimes even the family members they married into.  On National Widows’ Day, some of our widows (and our men that want to support them) gathered to tell their personal stories and learn more about the plight of widows all around the world.  They watched videos where women from India and many other places talked about the effects becoming a widow has had in their lives.  Through this process, we learned that millions of women have everything taken from them the moment they become widowed.  They are shunned by their family and their communities.  They are no longer allowed to partake in “earthly” pleasures.  None of this takes away from the grief and loss the elders at Jackson Manor experience.  However, it merely demonstrates the importance of protecting our widows and allowing them to keep the dignity and respect they deserve.  It reminds us not to forget them.

In some Hindu cultures, widows are beginning to make changes.  One change that has received a lot of attention lately is the widows’ participation in the Hindu Holi Festival, which has long been denied them.  The women throw colored powder and flowers into the air, leaving colors to adorn their skin and clothes.  Sometimes, this is the only day in the year that these widows get to enjoy color in their lives.  To commemorate this, and to spread awareness of the struggling widows everywhere, our elders “splattered” color on shadow boxes and paint canvasses.  Though each widow’s story has its differences, they all share a connection in grief and loss.  Through art, Jackson Manor widows and the elders that support them, hope to remind everyone – here and abroad – to remember the widows.